A Quick Look Into the Canine Mind 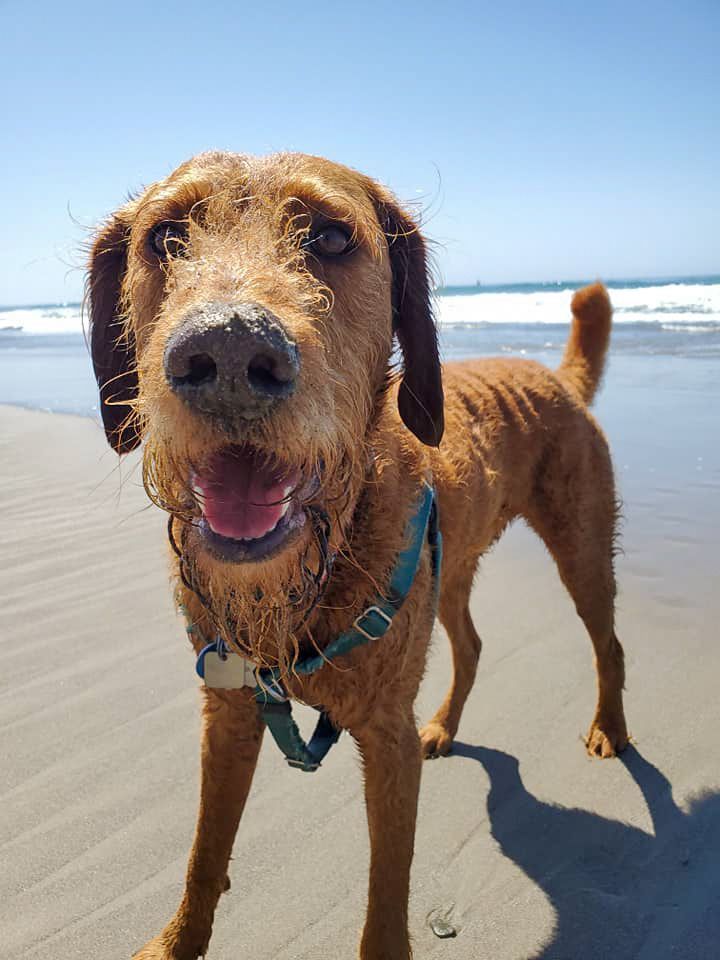 Man’s best friend- we all know it to be dogs. The domestication of wolves started over 15,000 years ago after the last ice age. Some think that this process started when wolves lived on the outskirts of hunter-gatherer tribes, scavenging for food. At some point, Neanderthals realized that wolves were useful for protection and hunting. Over time, wolves were domesticated to what we now know as the modern-day canine. Although canines have graduated to family status in a majority of homes, we still don’t know how their minds work.

In this post, we will explore canine psychology and how some aspects of the canine mind are similar to humans.

First, let's look at the size of a canine’s brain. The way the brain is measured is relative to the body. The human brain ratio is 1:50, which is huge, while a canine brain is 1:125. Brain size may be very different between the canine and human, but dogs still have similar structure and function to the human brain (more on this later).

Another difference between a human and dog brain is the dedication to the olfactory system (relating to the sense of smell). A dog’s brain has 2% of total brain weight dedicated to this system. While humans only have 0.03% brain weight dedicated to these systems. Overall, a canine brain is much smaller than a human’s and has fewer folds, which means less surface area, and fewer neurons.

How Are A Human Brain And Dog Brain Similar?

It may not surprise some dog lovers to know that there are similarities between the human and canine brains. This includes having a similar basic structure, such as having a cerebellum, cerebral cortex, hippocampus, and other parts that are related to memory, emotion, and movement.

Similarities do not stop with the basic structure of the brain. Dogs, like humans, can recognize human faces. According to the article Decoding the Canine Mind, there is “an area of the dog visual system, strongly and specifically activated by faces.” Other areas where the human and canine brains share similarities include having an area in the brain dedicated to voice, vocal cues of emotionality, a sensitivity to emotions, and even some mental health disorders, as growing science suggests.

Recent studies and fMRI scanning of voluntary dogs (those that are trained to stay still in the MRI) have shed some light on canine cognitive science. The same article states that canine evolution has changed to make dogs more compatible with humans (more than any other animal). The article further states that “the key evolutionary event that turned wolves into dogs was an amplification of genes related to sociality.” Meaning that dogs are genetically predisposed to be social. This might explain why dogs and humans came together to form such a strong bond.

The fMRI studies have also shown that a dog’s brain is very responsive to social rewards, sometimes being more responsive to praise from an owner rather than food.

All this, and perhaps more, can be attributed to the unique and powerful bond that humans and canines share to this day.

Another interesting and exciting fact about the fMRI studies on canines is that brain imaging has suggested that the success of a service dog can actually be determined by the activation of the amygdala in dogs. This activation suggests that dogs who are more prone to arousal (leading to sensory alertness, desire, mobility, and readiness to respond) are perhaps not the best candidates for service dog work.

Do you often wonder things like does my dog understand me? Is my dog happy? Or, does he love me? These are the types of questions we so eagerly want to reply to with a “yes!” Although we might not know the definitive answer to these and other questions, science is getting closer. For now, we can take some comfort in knowing that science is delving deeper into the depths of what makes the human-canine bond so strong and magical.

Want to help save lives? Donate to our cause!

O’Leary, Mary Beth “How is the Human Brain Similar to a Dog’s” Elsevier. 2014 Feb 20
https://www.elsevier.com/connect/how-is-the-human-brain-similar-to-a-dogs