The Trouble with Fraudulent Service Dogs 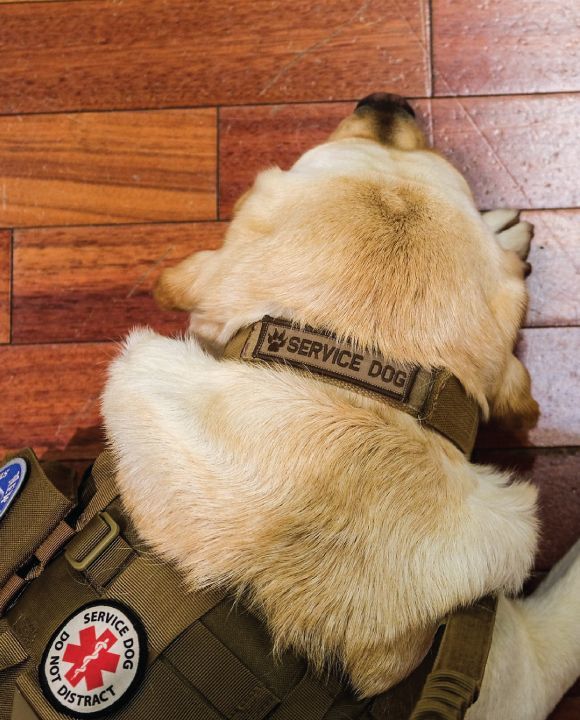 Service animals mitigate the symptoms of disabilities both seen and unseen. A service dog is protected by the Americans with Disabilities Act, and defines a service animal “as a dog that has been individually trained to do work or perform tasks for an individual with a disability.” The crucial phrase is “trained to do work and perform tasks.” Unfortunately, there is a trend occurring where people are passing off regular, untrained dogs as service animals. This causes even more discrimination to the service dog community and the people that truly need them.

In this post, we will discuss the damage that fraudulent service dogs cause to the service dog community.

Yet the trend of fraudulently passing a conventional dog, ESA, or therapy animal as a trained service dog seems to be on the rise, despite it being a misdemeanor in California under Penal Code 365.7.

There is already confusion for business owners and people in the community about the rights service animals and their handlers are granted and they fear breaking laws when it pertains to service animal access. Trying to pass off other animals as service animals only amplifies this confusion.

Further aiding in confusion is the fact that service dogs are not required to be professionally trained, be registered as a service dog, or don any service dog attire such as vests or tags. The law states that a person can only ask a handler two questions “Is that a service animal?” and “What task is it trained to perform?”

People may take advantage and make a conventional pup look official by buying service dog vests or attire. They may even be dishonest, saying their dog is needed for a disability, and there really isn’t anything to prevent them from doing so. Whether for companionship, as a stress reducer, or just plain convenience, this phenomenon can have unfortunate effects.

The disheartening fact is that people with disabilities with well-trained service dogs will suffer the consequences. This results in added struggle and discrimination against handlers and their service animals. It can even lead to being denied access to public places although it directly violates ADA laws.

According to the Canine Companions for Independence website, 93% of their graduates have encountered an uncontrollable dog in a public place and 52% of graduates feel that fake service animals have affected their independence and quality of life.

It is important for the public to realize that passing a pet off as a service animal is not only against the law; it is destructive to the people that actually need them.

What Can Be Done?

Perhaps the best tool to combat service dog fraud is knowledge. In the future, stronger regulations may be exercised, but for now, power comes from awareness and a dependence on people's morality. You can also visit Canine Companions for Independence site at CCI.org/StopFraud to sign a pledge to stand against service dog fraud. When they receive 25,000 pledges, they will contact industry and trade commissions to make a united voice heard.

People without disabilities that pass a pet as a service animal may not see the harm. They may be truly ignorant of the damage they are causing. Informing the public and knowing the signs of fraudulent service dogs is a meaningful first step to prevent service dog fraud.

Want to help save lives? Donate to our cause!