Where Did Service Dogs Come From? A Brief History 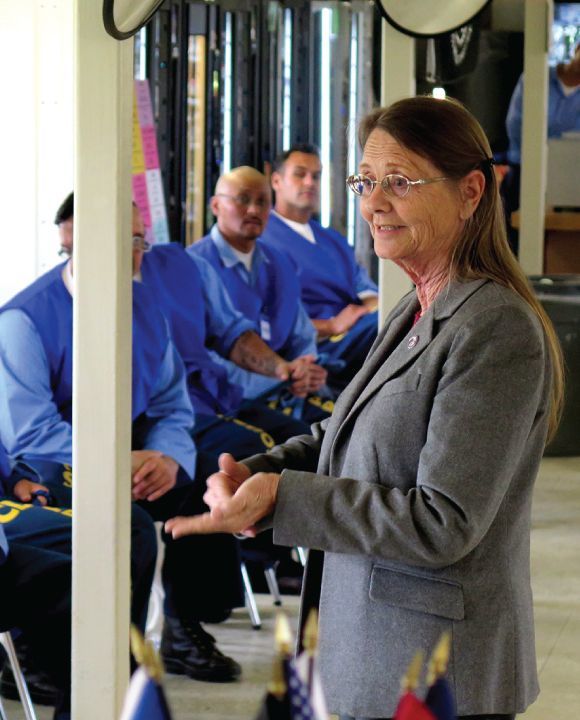 There are records throughout history that show dogs servicing man. From the ancient Roman city Herculaneum to Europe and China, there has been evidence and depictions of canines aiding humans. But it wasn’t until the 1970s that a woman named Bonnie Bergin breathed life into the concept of a service dog, giving us the service dogs we know today.

In this post we will look at the origin of service dogs: from the first guide dogs for the blind to Bonnie Bergin, the creator of the concept and term “service dog.”

How Did Service Animals Start? The First Guide Dogs

The more modern-day need for guide dogs began after WWI when many men came home from war blinded by mustard gas.

The world’s first guide dog school opened in 1916 by German doctor Gerhard Stalling. Later in 1923, another dog training center opened in Potsdam, Germany. Dorothy Harrison Eustis, an American dog trainer, visited this training center in 1927. Eustis was training German Shepherds in Switzerland and was so impressed by the center that she wrote an article about its method of training dogs and its success. The article was published in an American newspaper, The Saturday Evening Post.

In 1927, a blind American man named Morris Frank heard about the article. He had his own frustrations with his lack of independence as a blind man and felt inspired by the article and reached out to Eustis. Morris wanted to introduce guide dogs to the United States, and Eustis agreed to help.

Morris visited Eustis in Switzerland and came back to New York City with his new guide dog, Buddy. Morris and Buddy walked the city with confidence, demonstrating how well the guide dog could help the blind Morris navigate.

The result was The Seeing Eye, founded by Frank and Eustis. The Seeing Eye is the first American guide dog school and the oldest in the world still in existence.

The first service dogs were guide dogs for the blind, but it wasn’t until the 1970s that dogs would aid people with other disabilities.

The Inventor of the “Service Dog”

We owe this to Bonnie Bergin, the mother of the modern-day “service dog” term and concept.

Dr. Bonita “Bonnie” Bergin is an American canine researcher, doctor, and founder/president of the Bergin University of Canine Studies.

Using dogs for people with disabilities other than blindness was pioneered by Bergin.

The idea behind the service dog came to Bergin as she traveled abroad. She traveled to parts of Europe and Asia, Pakistan, Iran, and Afghanistan. On her travels, she observed that people with disabilities would use donkeys and burros to aid them.

She wanted to help find a way for people with disabilities to have some independence. Knowing that donkeys wouldn’t be allowed to walk down an American street, she thought dogs could help assist people, just as donkeys did in other countries.

Later, Bergin would settle on the name “service dog” to describe her newfound idea. In 1975, Bergin opened Canine Companions for Independence, a foundation that trains service dogs and places them with people. CCI was the first foundation of its kind.

In 1989, Bergin helped in distinguishing service dogs in the Americans with Disabilities Act. She helped define the “service dog” and “assistance dog” and even helped the US Justice Department develop assistant dog regulations.

In 1991, Bergin founded the Assistance Dog Institute, an educational institution “dedicated to both education and research and development of new and better assistance dog methodologies.”

In 2001, the California Bureau of Private and Post-Secondary Education approved the institute, and it became the Bergin University of Canine Studies. The University became the first in the world to offer an Associate of Science Degree in Human-Canine Life Sciences and Assistance Dog Education.

Are you, or someone you know, a veteran or first responder with PTSD? Apply for a service dog today.

Apply For A Service Dog