The Human Animal-Bond: How bonding with a service dog can change a key hormone level in the brain and help to treat PTSD 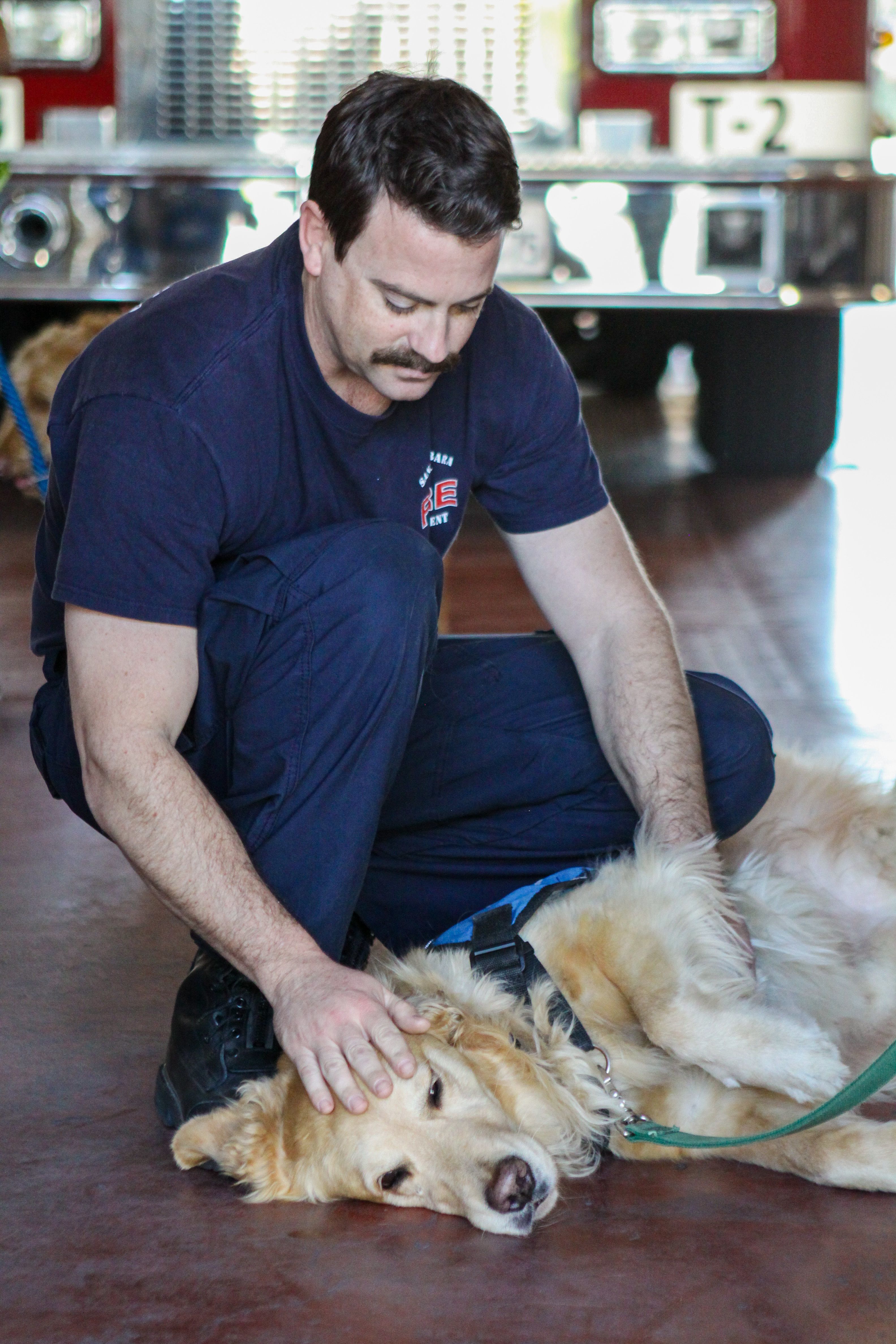 In recent years, the powerful human social bonding influence of the neurohormone oxytocin (not to be confused with the pain medication Oxycontin) has become widely known in scientific communities. Yet scientists have also discovered that oxytocin levels in the brain increase with the development of human animal-bonds, including relationships with working dogs. A central reason so many people have gotten interested in how oxytocin influences humans is that this hormone has a direct and profound connection to buffering the notorious stress hormone cortisol. Thus, with our increased knowledge of oxytocin’s balancing impact on the brain, research is demonstrating that when the hormone oxytocin levels increase, it can help modulate the psychological symptoms of PTSD. To provide further context, increased oxytocin levels are directly associated with increased social behavior, decreased anxiety or fear responses, and a heightened sense of personal safety and well-being.

The Human Animal-Bond and Oxytocin

While the oxytocin neurohormone is most known in society to facilitate attachment within maternal and romantic love, its neurobiological influence on enhancing human-animal bonds has become a subject of scientific curiosity and ongoing research. From this curiosity, studies on human and dog interactions—which include play, talking, petting, and focused attention—demonstrate increased neurohormones, most prominently oxytocin in relation to PTSD treatment.

However, it is also important to have a comprehensive, holistic approach when considering the benefits of human-animal bond relationships on PTSD. We must not only highlight the chemical influences on the brain but also understand how the participation in care and service dog training facilitate this emotional and internal biological shift. Specifically, when working with a service dog an individual can have the opportunity to participate in highly focused, safe, and positive social interactions with a dog, leading to emotional bonding, which in turn encourages oxytocin production, which then further reinforces the positive changes in emotional state over time.

Since oxytocin is scientifically well known for its participation in facilitating attachment and trust in individuals, it is not surprising that when less of the neurohormone is present an individual’s fear and anxiety responses are less well-modulated. While there is still much to be discovered about why oxytocin impacts our emotions and social behaviors, studies with rodents have shown that it is successful in inhibiting fear responses by eliciting an inhibitory circuit within the amygdala of the brain. Thankfully though, despite the lack of a crystal-clear understanding of why the brain behaves the way it does, we are still able to see and measure the tangible benefits of increasing the body’s oxytocin through human animal-bonds.

Want to see the human-canine bond in action? Our recipients and their service dogs can tell you all about the benefits.