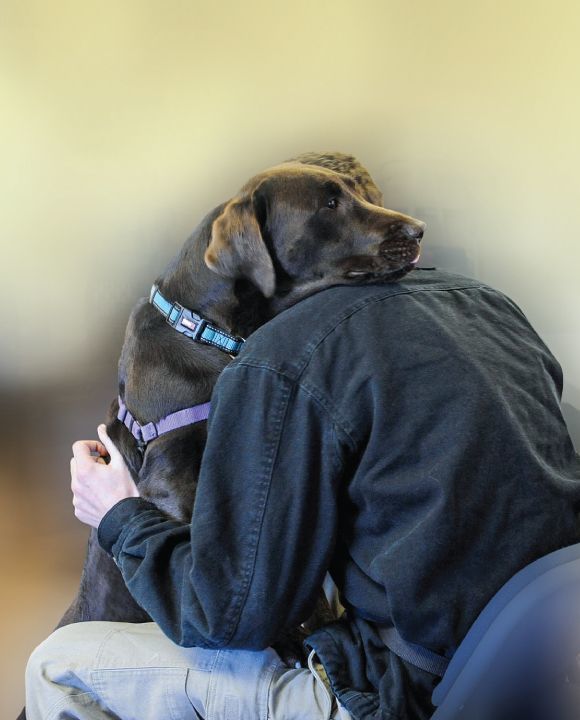 Based on research studies conducted at Purdue University as well as other emerging studies, service dog partnerships are demonstrating themselves as a promising resource for reducing suicide and providing mental health support to at-risk populations such as veterans and first responders who have experienced trauma or mental illness. Service dogs can be trained to perform a wide range of tasks which help individuals manage symptoms for numerous conditions such as post-traumatic stress disorder (PTSD), sleep disorders, and traumatic brain injuries to name just a few.

Statistics for the Military

We know due to research by the Department of Veterans Affairs, that the veteran suicide rate is a staggering 50% higher than the general population, adjusting appropriately for age and gender. Communities across the country as well as the military itself are identifying a growing need to combat these statistics. It is self-evident that a change in support services and mental health values or attitudes is needed if we want to protect the wellbeing of our military personal as well as the general population. Sadly, every year over 6,000 veterans take their own lives and scientists are still working to figure out the best ways to prevent this reoccurrence. When looking at trends historically over the last few decades, it is known that between 2005 and 2016 veteran suicide rate increased by 26% and suicides within Special Operations Command in 2018 tripled while suicide in active-duty Marine Corps and the Navy reached a decade-long high. These are individually and cumulatively clear indicators that we have a problem within our military cultures as well as within accessibility or approach to mental health support in the world today.

Statistics for the United States

Studies have found that veterans coping with PTSD perform better on a wide variety of emotional well-being and mental health metrics as well as show a reduction in symptoms of PTSD and depression when matched with a service dog. Veterans with service dog partnerships also missed less work within these studies and outperformed their counterparts who did not have service dogs. Given that approximately one out of six veterans experience PTSD and 28% of veterans who have reported past trauma have attempted suicide, this is a population which could greatly benefit from service dog partnerships and further research on how service dogs can support our veterans and first responders and suicide prevention.

Expanding the use of service dogs is a potential solution to the increases in suicides with minimal risk and high reward for many populations susceptible to mental illness. This includes combat veterans, individuals who have experienced psychological trauma, traumatic brain injuries, or those who live with mental health conditions. All of these are conditions that commonly impact both active and ex-service members in disproportionate numbers.

If you or someone you know is struggling with thoughts of suicide, please reach out to the National Suicide Prevention Lifeline or text TALK to 741741.